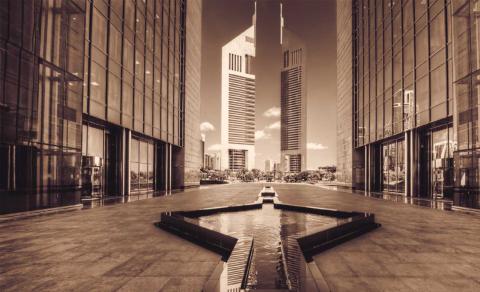 The year 2014 has seen the global hedge fund industry achieve record assets under management, with inflows reaching US$114.8 billion year to date according to eVestment. However, while the majority of institutional investors satisfied with hedge fund returns and intending to increase allocations, The California Public Employees’ Retirement System (CalPERS) has surprised the industry by announcing on September 15th that it intends to withdraw all of its hedge fund investments.

Although headline grabbing the CalPERS withdrawal from hedge funds is by proportion a symbolic gesture – hedge funds represented less than 1.5% of that pension fund’s US$300 billion portfolio for a total of US$4billion. Putting that into perspective, the hedge fund industry has seen inflows of about US $4billion every 8 days on average in 2014 and manages more than US $3trillion globally – making the CalPERS withdrawal in comparison relatively insignificant except perhaps in the publicity it has attracted.

“They got what they paid for since they only invested in managers who would cut fees,” a prominent hedge fund manager told Business Insider, “The best funds don’t do that, so they [manifested] a mediocre portfolio.”

Michael Trotsky, the chief investment officer of the Massachusetts Pension Reserves Investment Management Board, said in an interview published in June that he’s happy to pay hedge fund fees -- if the managers perform. “We love to find skillful managers and we’re happy to pay fees for that,” said Trotsky, whose Boston-based pension plan seeks to add as many as eight more managers within two years but qualified his comment by adding, “We’re unwilling to pay for beta exposure or luck.”

CalPERS’ hedge funds haven’t performed as well as those of many other large plans, according to data compiled by Bloomberg.  CalPERS hedge fund portfolio generated an annualized rate of return of only 4.8% over the past decade, versus a 5.9% increase in the HFRI Global Hedge Fund Composite Index – this would suggest that CalPERS selected hedge funds delivering performance a staggering 20% below the industry average.

Executive Director of the Illinois State Board of investment, William Atwood, said his pension scheme will keep their 10% allocation to hedge funds because they are a good way to protect against market swings.

“The challenge is trying to find an asset class that gives downside protection, that yings when equity yangs,” Atwood said. “That’s the role hedge funds play and I don’t know what the alternative is right now. “

The Alternative Investment Management Association (AIMA) said in a recent statement that “sophisticated” investors don’t view their hedge fund investments as a way to outperform the Standard & Poor’s 500 Index.

“They recognise that the equities boom may not last forever and they want capital preservation, reduced volatility, heightened diversification and strong risk-adjusted returns,” the London-based organization said, “CalPERS’ exit from hedge funds arguably bucks, rather than follows, the trend.”